Strategy Board Game
Design Patented and sold to Mattel Funskool

MahaWar is the result of efforts put in by me and a fellow designer Suri Manekar in a 15 day Game Design module guided by Prof. Uday Athvankar.

MahaWar is a strategy based game with an ethnic look of board, war pieces and dice. It's unique 8 faced dice and dynamic map allows player to create strategy for win at the same time luck playing a role.
Each player owns a castle and a key to treasure. They have to use soldiers of different power to first explore the treasure island get to know the holder of key, seek the key from holder and get to treasure to become winner. The middle section of the game is like memory cards, which allows player to explore and remember. So over a period of time player is well aware of the unknown area.

With an average duration of 45 mins, the game allows player to create strategies like cornering, deceit, war pattern and explorations.
The gameness of MahaWar is the fact that at any point of time all the players have equal chances of winning. 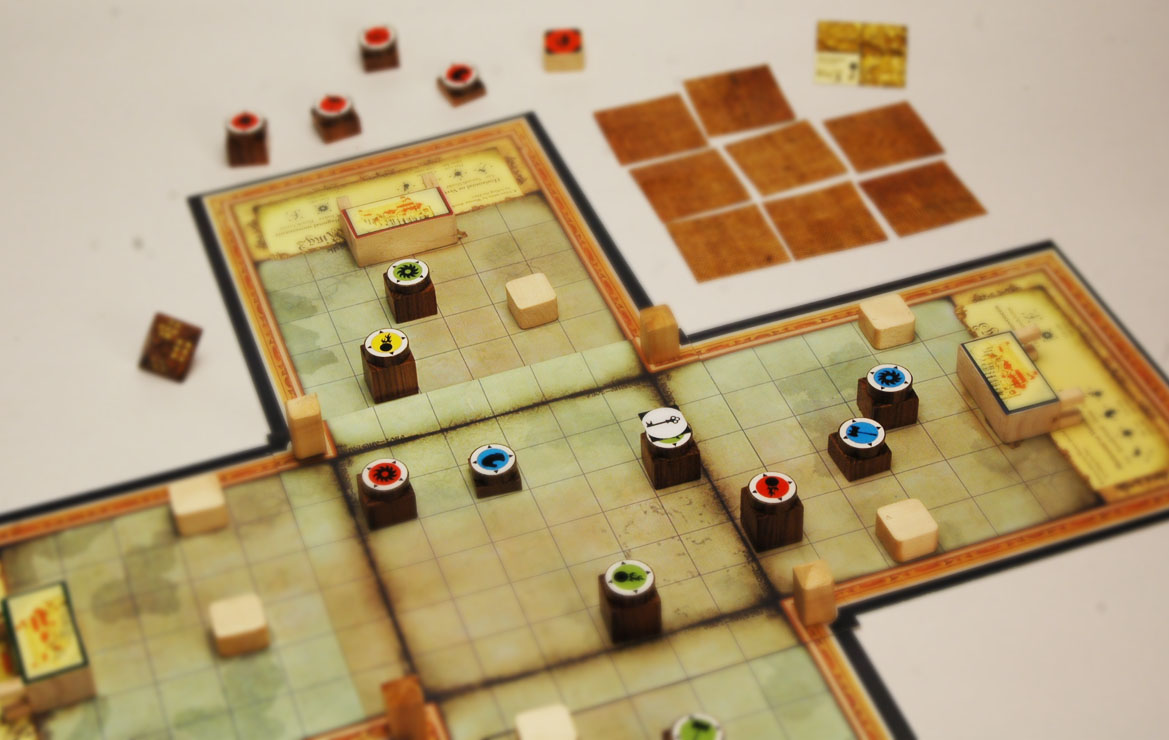 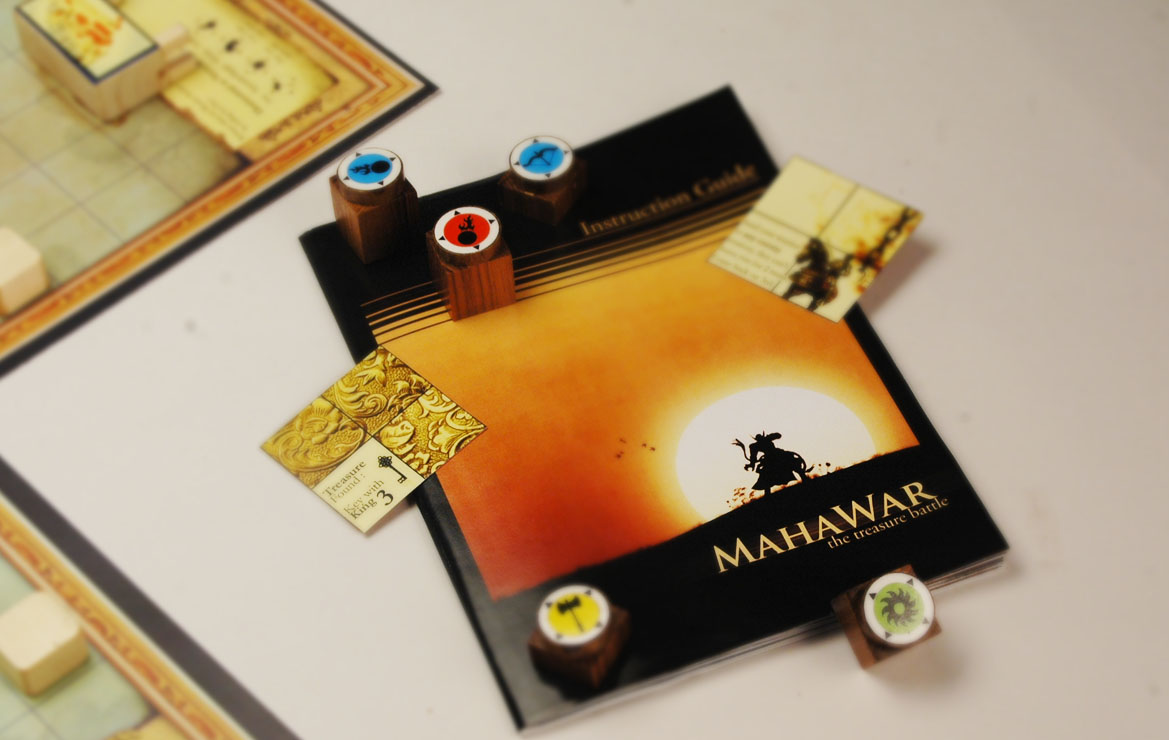